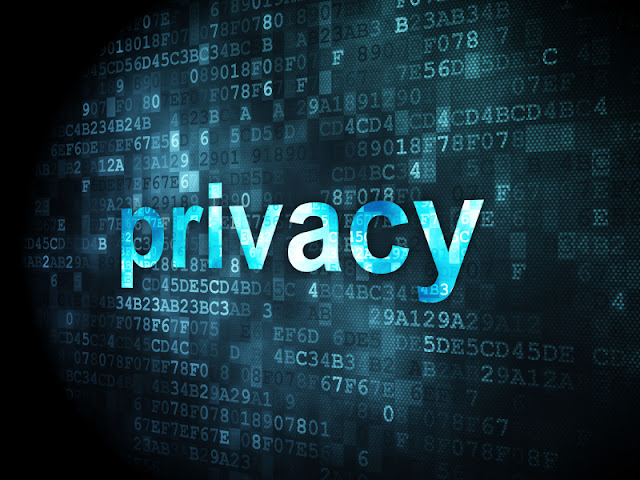 Ever since the GOI tried to link Aadhar with Pan Card and Bank Accounts, debates on privacy have become a norm at various forums.

The techies (from data protection angle), the activists (human rights angle), lawyers (fundamental right angle), the politicians (based on their party position), the economists (empowerment & governance angle) – each one of them debate from their angle. A nine-judge bench is revisiting the question of privacy 55 years after the Supreme Court decided that it was not a basic fundamental right for citizens. Amidst all these active debates, let us explore the concept of privacy in finer details.

The essence of privacy is reflected in ancient Hindu culture. Aspects of privacy of thought, respect to bodily integrity, physical space/property, information and communication and identity did find a place in Hindu scriptures such as Manusmriti, Yanawalkya Samhita &Chanakya’sArthashastra. Further, the references to privacy exist in the Bible, Hebrew, Greek and ancient Chinnese cultures. These perceptions focused on right to solitude.

In the modern context, privacyis seen as a way of drawing the line as to how far society can intrude into a person’s affairs – aspects of personal body, information, communication and territory. Privacy is a Human right recognized in the U.N. Declaration of Human rights.

“Even the crown cannot enter the poorest man’s cottage, inspite of its being ruined by storm, wind or rain” (Parliamentarian William Pitt, U.K)

Any personal information has to be obtained fairly and lawfully, used only for the original specified purpose, adequate and not excessive, tothe purpose, accurate and up to date.

Many countries have recognized the UN Declaration but in many other countries like the USA, Ireland and India, the courts have found that right as a derivative from other fundamental rights.

Globalization, Convergence of data, and Multimedia have dismantled the barriers. Technology has thrown up identity systems, and surveillance of communications, andwork place which were adopted by Smart cities, Smart airports and Smart offices, contributing significantly toinvasion of privacy.
In India, many opted for Aadhar voluntarily, but amendments to Finance Bill, 2017 expand the scope of Aadhar beyond welfare services to PAN, Bank accounts etc., making it almost mandatory.

Arguments for and against:

-          Aadhar being mandatory, different data bases are getting linked by common ID, exposing personal information to hackers and government surveillance. (Mitigation strategy: Better Data protection & Security system & Law)
-          The lack of privacy and pervasive surveillance environment has a negative impact as the society (These people who argue this way have unhesitatingly grown all their private data for USA visa. Why not for our own country? Also consensus on protective measures can evolve. Debates should focuson ‘How to protect data, once we give them? than ‘Do we get into Aadhar systems?’
-          There is no provision to opt out of Aadhar. (The system of exclusions permits leakages in the overall system, hence no exclusions)
-          The lack of proper informed consent for allowing Aadhar data with law enforcement bodies. (Aadhar act can bring safety measures for protection, once it evolves)
-          The capability of government’s bureaucracy to handle the huge Aadhar database is a question mark. (India gives IT experts to outside world and therefore has the  ability to develop this strong IT architecture)
-          Aadhar act was passed through money bill in the Lok Sabha avoiding Rajya Sabha voting thereby no open debate took place before adoption (This is a matter of political majority. The same can also be debated and passed in Rajya Sabha once the ruling party has the required majority in Rajya Sabha as well later. That will delay the benefits of Aadhar outlined earlier)
-          India’s Aadharcannot be compared to the American social security number.  US security number does not call for bio-metrics, is not an identification number, it does not link data bases, it has adequate privacy safeguards, and its use is getting restricted as against the expanding use of Aadhar (Social security number enables credit rating and the private sector uses this security number extensively in USA. We cannot replicate the American system in India.   American citizens are taxed on global income unlike their Indian counterparts.  There are enough tracking mechanisms in USA – Communication tracking, Drill down of data of US citizens from commercial data bases, limited cash economy enabling adequate financial transaction tracking, finger prints of people with FBI, Department of Homeland Security and Department of State consular services (VISAS) monitormore than 75% of the USA population, - all these give enough tracking options for USA government. India, with an intent to march towards a developed nation status needs to have these tracking done, hence expanding use of Aadhar is justified)

Where do we go from here?

There was a time when regular and honest tax paying Indian citizen had to accept the uneven wealth growth in the hands of unscrupulous tax evaders and bribe seekers, and we reconciled to the fact that sinless wealth is an optical illusion. Bottom line growth only was considered as business ethics. We started accepting being cutthroat as smartness. In this environment, comes a ray of hope,and a march towards clean governance.Today I register my take on Aadhar card in this public domain;
-          As a honest tax paying and patriotic citizen of India,
-          As an ardent fan of dharmic governance where the two horses viz, the capitalism driven wealth generation and the socialism driven wealth distribution are monitored by the reins of dharmic accountability and control,
-          As a follower of compassionate capitalism, the sustainable wealth generation happens with fairness to all stakeholders,
would like to unhesitatingly declare that I would rathersacrifice my privacy instead of sacrificing the goal of fast tracking India to a developed nation status.
Judiciaries may debate, activists may raise human rights issues, but I call for waiving the right of privacy for agreater national cause and a greater vision.
If flying in aeroplane is risky, we cannot banaeroplanes. This century comes with certain risks. We need to build ample safeguards for data protection and privacy and not call for abandonment or dilution of Aadhar.
The ultimate resolution of this present controversy has to recognize.
-          the need for Aadhar to provide efficient and honest governance to its citizens and
-          the stringent safeguards to protect the data and preserve the privacy.


In short, “privacy”has to open the door when “public interest” knocks the door.
Are you hearing……?
Posted by Dr.Durgadoss at 01:36