GDP or our patience, which is declining? .. more out of box ideas .. 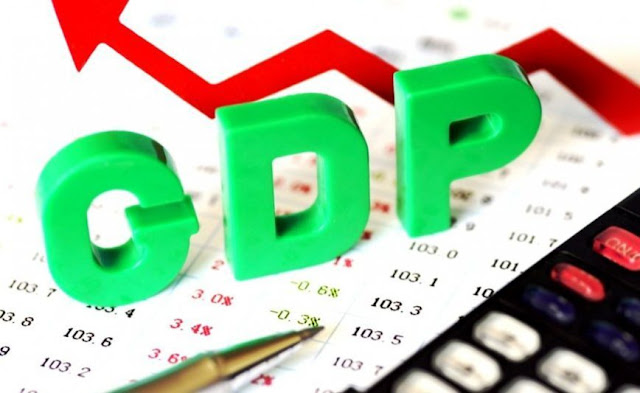 At the outset some loud noises are heard in India these days that there is a lesser growth of GDP (gross domestic product) in the last few quarters.  We still achieve impressive GDP growth rates over other parts of the world.

We have to understand one thing...
When the floods are moving at a rapid pace to the sea, we can create barriers in the form of dams,  reduce the speed, divert and store water for irrigation for future.

Do we leave a rapid moving flood to reach the sea without use or do we arrest the speed, create course correction and use it for future irrigation and growth?

Yes we need to arrest the speculative flood pace of our economy, arrest the speed in the form of reforms, in order to have greater sustainable growth of GDP in future. This is what the current government is doing now.

Due to the structural reforms taking place now,  Momentary drops of GDP growth over previous quarter will be inevitable for another few quarters so that a faster sustainable growth can be achieved in future.

Otherwise we will have only speculative jobless paper growth without real economic growth.

Out of box ideas-
Instead of crying about falling growth rates which are inevitable during the period of structural reforms , why don’t we think out of box solutions and keep tossing up such suggestions in social media debates?

The components of GDP are:
Personal Consumption Expenditures plus Business Investment plus Government Spending plus (Exports minus Imports).

We need to increase each of these components more than the previous quarters considerably high to reach higher rates of growth.

But when one goes down, the other has to go up more to compensate so that the GDP growth is sustainable. Due to the reforms, personal consumption may grow at reasonable level  only for some time. Export growth is based on global growth scenario and we cannot quickly grow that beyond certain levels , as it is relatively inelastic. Business investments also during the period of structural reforms will not grow appreciably for some time.

Then we need to look at government spending to accelerate growth. No wonder, massive roads and infrastructure outlays are planned

Some out of box ideas here-
One has to note these are brain storming ideas to be debated further and accept with or without amendments. Creativity will have to flow without applying rationality first in a brainstorming, hence the pundits may factor this before shooting down these thoughts. Let us debate, deliberate and move on...

What are these thoughts tossed up for government?

-offload some government scheme expenditure to pvt sector. For example mgnrega subsidy schemes are a must for uplifting our poor masses. But the government may offload some of mgnrega outlays- how? Why don't we allow pvt sector to take over these subsidy outlays region wise by allowing them to brand itself?

For example we can allow say" Reliance mgnrega west region.." the government can auction these branding rights to pvt sector brands and in return pvt sector has to take over these mgnrega outlays upon themselves against their branding permission. Govt should only monitor mgnrega  scheme's reach and delivery and should stop funding from its budget. Like spectrum auction such branding rights of subsidies offloaded by govt will give them substantial revenue, keep the subsidy outlay out of government budgets. Can't we look at this thought?

It is a brain storming idea to be pruned further.

-One more thought for Railways

There are various railway platforms not named in every city.  For example, They call it Chennai central platform 1,2,3 etc. Why don't we allow branding of platforms by pvt sectors say Tata platform, reliance platform etc. Railways can auction these platform branding rights and create a fee based income for Railways.

-Similar analogies can be extended to unbranded spaces and generate  more revenue.

Auctioning of preferential car number plates, naming of new roads - the possibilities are endless.
These pvt sector spend on CSR initiatives, they can look at funding subsidies by the above schemes. They also spend huge amounts for branding. By allowing them to brand this way the pvt sector will directly pay auctioning revenue to govt that will enable government to spend  better on health care and other priority sectors.

More such out of box ideas should become the focus of discussions than just criticizing the government.

To sum up- we just do not simply criticize but say what out of box alternatives can be looked at. That will be more productive. Is it not?