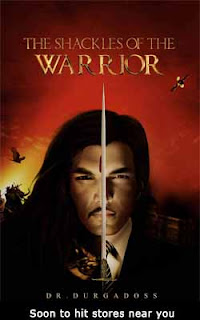 The discrimination of Varna system is a hot topic. More questions and answers on this subject is given here….

Q:-Ekalyva was refused admission by Dronacharya on the ground of caste – is this  not discrimination?
A:-Brahmins have the attribute of ‘goodness’ (sattwa), the second order Kshatriyas have the attribute of “Passion” (Rajaas), the third vaishya have a mixture of the two – goodness and passion (Sattwa and Rajaas), while the lowest order sudhras possess the remaining attribute viz, “Darkness” (Tamas).

But note this key line – A Sudhra is not a Sudhra by birth alone, Brahmana is not a Brahmanaby birth alone. If the virtue of goodness is not prevalent in a Brahmana, he is considered as Sudhra.

Varna is character driven, while caste (Jathi) is birth driven. Our education system determines the Varna. A Brahmin by Jathi may adopt a warrior’s role. Look atDhronacharya - a Brahmin who took up a warrior’s role. His Varna is warrior, but by Jathia Brahmin.

Depending upon the characteristics tested and certified by the Gurukul and endorsed by the education council, citizens of the kingdom take up their position in life. The qualities of people as tested are matched with their profession. Aligning the profession to the skill possessed by people is not discrimination.

If we say that a member of the Kshatriya caste can only be a warrior all his life, then we are definitely discriminating. However, the kingdom believes that the father’s occupation need not be pursed by the son. The kingdom of Krishna never recognizes disparity between people.

In fact, even on the political front, the kingdom elects its leader; while King Ugrasena is the ceremonial king, the elected leader is Lord Krishna, who has been elected by the people.
Where is the discrimination here?

Let me give you some more example, Vyasadeva was the grandson of a fisherman. His father Parashara was born from a woman who was a dog-eater.Vashishtha was the son of prostitute…

Other sages like Kanada,Shringi, Mandapala, and Mandavya have all had questionable births, and yet all of them are highly qualified Bhramhins and recognized as such.

Likewise, several historical instances are known where the Varna of an individual changed due to circumstances such as adoption. The Brahmana Jathi, Rishi Bharadwaj became a Kshatriya, when he was adopted by King Bharata. His descendants were also considered as Kshatriya and were called Bharata Kshatriyas.

King Vishvamitra was a Kshatriya but became a Brahmana as a result of his spiritual austerities. Nabhanideshtha a Vaishya, his son Bhalandana and grandson Vatspari became Brahmanas of the Atri lineage, and are considered to be Sages to whom the Vedic hymns were revealed.

On the question of Ekalyva’s admission, please note that individual liberty cannot be overruled as long as it does not affect social justice. A master has liberty in choosing his students.

The teacher and a prospective students’ communications, the student’s limitations and other factors count in the admission process. It is a personal liberty issue.

Had Dhronacharya admitted Ekalyva and not given equal education to all his wards, it is a social justice issue, but not admitting Ekalyva is an individual liberty issue.
Posted by Dr.Durgadoss at 20:53