Why castes were created: Varna system 1 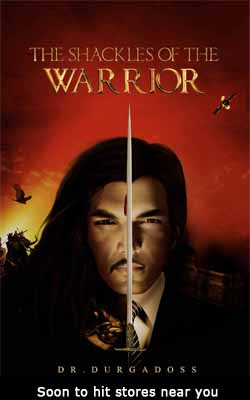 The Varna system is a controversial subject and it is the most misunderstood one. The number of years for each of the four Yugas is in the ratio of 4:3:2:1.

The avatars of Lord Vishnu also were in the ratio 4:3:2, the last one is yet to come. But the Varnas were supposed to be in the reverse order of 1:2:3:4. The first Yuga ‘Satya’ was an immaculate age. Every creature was contented. There was only one Varna – all Brahmins.

In the next Yuga ‘Treta’ the evil enters the world. There was three potion dharma and one portion adharma. Avarice and passion rose, violence erupted. Hence to rule the earth a new Varna ‘Kshatriya’ were created.

The one Varna became two Varnas in the second Yuga. The third Yuga ‘Dwapara’ was an age of conflict. The dharma and adharma were in the ratio of 1:1. The third Varna ‘Vaishya’ came up.

Towards the end of last Yuga and the beginning of Kali Yuga four Varnas – Brahmin, Kshatriya, Vaishya and Sudhra started. The dharma and adharma will be in the ratio of 1:3 in this Yuga.

The person who handles one of these four subjects should not be in possession of other.This rule became the code. Thus knowledge has to be dealt with by Brahmins, weapons by khastriyas, wealth by Vaishyas and Land tilling by Sudhras.

The Kshatriya king has to oversee the Varna system and maintain the Law and order. The Kali Yuga has therefore four Varnas. There is not supposed to be a degradation of any Varna. The Avatar of Vishnu had only two Brahmins, three Kshatriyas and the rest of them are in the form of animals.

The Varna system does not derecognize any human being. The key questions here are –

Each of these questions will be addressed on the series of articles to follow …….
Posted by Dr.Durgadoss at 20:42