Kabali Rajini: The Tsunami that Shook the World 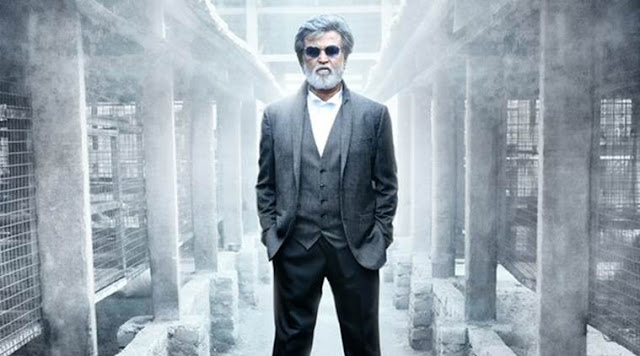 The Kabali Rajini effect shook the world - the chanting of “Rajini Rajini” were heard far and wide and across both sides of the Atlantic.

Records tumbled, the cash registers of the theaters kept ringing and the lines never abated! The egos of some fellow artists were shattered! Divisive forces were dismayed and the united fandom enjoyed the Kabali Rajini! When it’s “Rajini” the force is always of unifying!! Cost creed colour position nothing mattered! People from all walks of life left in one direction: To see Kabali Rajini on the first day of release! Newspapers from New York to New Zealand profiled Rajini. Massive celebrations were seen at the theaters that were showing Kabali and this was from San Francisco to Shanghai and from Pennsylvania to Perth.

Even business schools have now have plans to introduce a case study: “The Kabali wave that shook the world – Path breaking lessons in Promotion Strategy”. People always forget one thing it is not the story of the superiority of the film that led to this tsunami. It is the “Brand Rajini” that did the trick.

How widespread was this effect?
Board meetings were cancelled, offices were closed and volunteers from across the spectrum of society came down to celebrate on the day of the release. A festival mood was created spontaneously by the sheer force of the enthusiasm of the fans. It was not an assembled crowd; it was not the crowd that was given money or packets of food to assemble. It was a wholly voluntary crowd that spent its own money.

People mistake it as the rush of the masses that eulogized their ideal hero MGR/NTR in olden days. But now it is not the addicts, neither are they the fan club members only. It is people from all walks of life right from a member of the Board of Directors to a person who carries the broom in the company. Even age is not a factor, be it 8 or 80, Rajini fans are visible.

For me personally, I generally go for select movies only after reading reviews or watch those that have been recommended by friends. But I went for the first day show for Kabali bringing with me a team of 50 associates! We all watch the movie together in Dubai. Even at the theaters the crowd was an eclectic mix of high flyers to common workers. People who are generally very dignified and who would never shout at public places were surprisingly seen shouting “Rajini, Rajini” and cheering along the actor. This is a first-hand experience and no newspaper report. I experienced it myself!
The greatness of the man can be gauged by his humility. At an award function, he remarked “I, Rajini, a bus conductor am standing in front of this illustrious audience to receive an award today. This by itself makes me believe – ‘Miracles do happen’

At the top of the Mount Everest of success, Rajini still keeps his head firmly on the shoulders - the embodiment of humility even at the pinnacle of his achievement! That is Brand Rajini!!
He was never mesmerized by the aesthetics - the ego that sits in the mind. That humility of Rajni creates automatically an effect on the minds of people. His fans are not just fans, they are his well-wishers. That’s why Rajini’s success is their success.

It is not just the obsessed film buffs, but enlightened minds that come to support Rajini. That even erases the negative effect of mixed reviews. Who cares for these reviews? People care for “Rajini” and by the time the film review sinks in the minds of the people, whopping numbers 400 Crores - 500 Crores have already been collected!

But why didn’t this Rajini effect work on all his films? Many people ask this question. I believe the answer is as follows:

He is not just a Man of his Fan Masses – But Rajini is a Man of People’s Mind. Courage in crisis, calmness in success - Thy Name is Rajini!

A Rajini like hero - “Rudra”, a humble man who learns the secrets of Bramhastra and has mysterious powers over the earth lives and walks in the era of Alexander, Chandragupta and Chanakya. When charges of scheming against his sovereign, his king were framed against him - how does he save his kingdom from plunging into chaos? This and much more in the upcoming thriller- “The Indus Challenge”. Soon to hit the stands!!
Posted by Dr.Durgadoss at 07:01