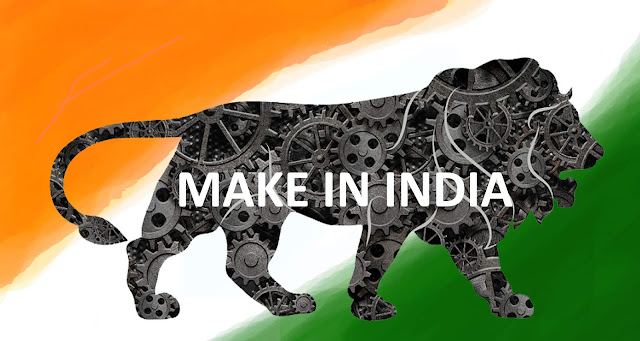 The Make in India is not a magic lamp. To be successful it will take lot of ground level changes. It will give result only in medium term. We need structural changes on the ground on the following lines:

- We have to be competitive for export penetration. It could be cost advantage or innovation advantage. But currently we have neither of them.

- For getting there we need Skill India, Digital India, Innovation India and Startup India. All these are inter linked and all of these have to take off.

- Instead of competing on export basket first, we are concentrating on import substitution with Make in India program . Defense buying from Make in India is focused upon first.

- As far as skills, there is a huge job on hand.The research agencies just say that young demographics of India will lift India. It is an over simplistic statement. We need a SWOT ( Strengths- Weaknesses- Opportunities & Threats) analysis for each village, that has to culminate into a district level SWOT. Every district collector has to operate as a CEO of the district. They have to report to the CEO like pm of the country.

We need to have thematic clusters clearly defined. Some for agriculture, agro based industries, light engineering, heavy engineering, chemicals, textiles, mining, spritual tourism, cultural tourism and so on...

In short we need to have skill requirement forecast that has to get aligned to skill supply. Otherwise “too many engineers but no takers” situation arises.

We have a long way to go. But for doing these we need to see eye to eye at every level and operate with the single goal of reaching G3 status in next ten years.

One political party has to aim at winning max states, and laying down a national foot print. Each five year they have to come back overcoming the noises of several vested interests. If the states do not converge with the pattern of the centre, then national alignment may only be a distant dream. If multiple parties run the states, atleast we should have a common minimum goal as a base foundation.

We should converge every one towards one theme - “to reach G3 status in ten years”. We have to define it as the basic minimum programme against which the political parties have to evolve their election manifestos. The goal of reaching G3 status in ten years should be the single point agenda on which there should be a national convergence. Every one should wear this vision on their sleeves. Rest of the issues should revolve around that vision.