The modern Raja Roams around in disguise 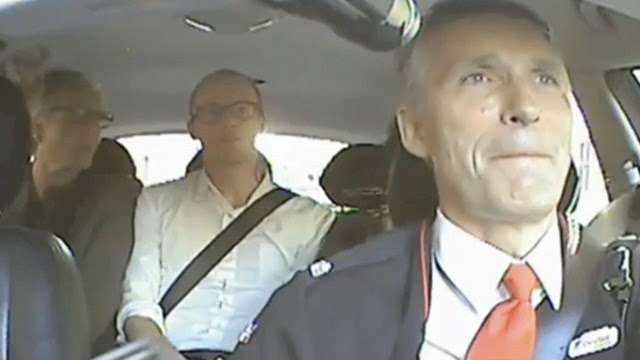 We have heard of the emperors and kings roaming around in disguise on the streets of their kingdoms in olden days. They used to do this to know more about the status of living of their citizens.

The Norwegian Prime Minister Jens Stoltenberg did this. He went as a taxi driver for a day, picking passengers from point to point. No one could recognize him.

‘If it is one place where people say what they really mean – it is only in taxi’- he says. Even some passengers commented that he was a bad driver.

Norway is heading for elections in September. The Prime Minister tried to know the first hand feedback from the public as a taxi driver.

Watch Out – Who knows? The Indian Prime Minister may hear from you soon in a disguised avatar? Possible? If so, on what Avatar?